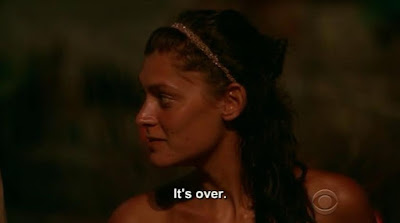 Now that everything's been said, done, and suckled, we're back to break down Michele's win, Aubry's loss, and much more as we wrap up our coverage of Survivor 32. How will the result affect the way fans view not only the season, but also the jury system in general? Where does Michele's winning game stack up historically? How does Kaoh Rong rate in our extremely scientific season rankings? Plus, a first look at the cast of Survivor 34 when you listen on the player below, here, or on iTunes here.

SPOILER ALERT: While most of the S34 discussion begins 2h54m in, a few of the returnee names get mentioned earlier. For anyone averse to that sort of thing, tune out around the 2 hour mark, and probably stay off Twitter for the next 8 months.