Making a Murderer: S1+S2 with Domenick Abbate and Chris Hammons 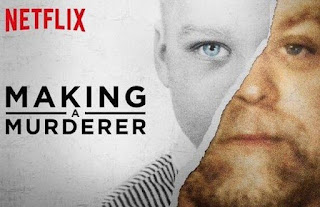 In 2005, a Wisconsin man recently released after 18 years of false imprisonment once again found himself behind bars, charged with the murder of a young photographer last seen on his family's property. In 2015, Netflix released a groundbreaking docuseries highlighting the smattering of inconsistencies in the state's case against Steven Avery, raising serious doubts about the US judicial system in the process. Today, Domenick Abbate and Chris Hammons join us to take an in-depth look at the first two seasons, offer our own theories, and catch up on how the fight to free Steven Avery and Brendan Dassey has progressed. Listen on the player below, here, or on iTunes here.