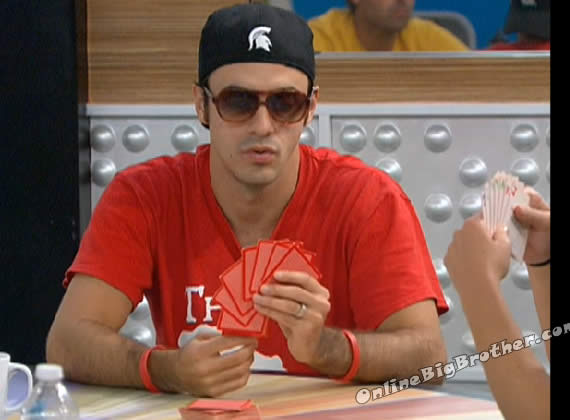 Dan may not be good at Draw Something, the revolutionary viral game by industry pioneers Zynga, but he's crushing the other game going on inside the Big Brother house right now. In this week's show we retrace the genesis and execution of Dan's masterful coup and discuss the consequences, both for Dan's future in BB14 and for his reputation as a Big Brother player. Will this only buy him another week or two, or could this be the move that secures his second win? Does this place him above Dr. Will in the GOAT debate? And, as the game moves into the home stretch, who's his main competition for the cash and the crown? We tackle these questions in this week's episode, which you can listen to on the player below, via the direct link HERE, or on iTunes HERE.

Posted by dominic.harvey at 5:43 AM