Why everyone should watch The Genius

In a massive stroke of good fortune earlier this year I stumbled across The Genius, which for my money is the best reality competition show on the air. It demands a lot from its viewers, especially those lacking knowledge of Korean language and culture, but it's uniquely stimulating and entertaining.

The cast features 13 players deemed to have an exceptional skill or talent - entertainers, musicians, politicians, lawyers, gamers, and students at Korea's top universities. Each week they compete in games designed to test their intelligence, social awareness, and adaptability. The loser of the week's main match chooses an opponent for an elimination match and the two square off to see who comes back next week. Negotiations are enabled by 'garnets', which act as an in-game currency and often change hands very quickly as players scramble to buy safety or loyalty. 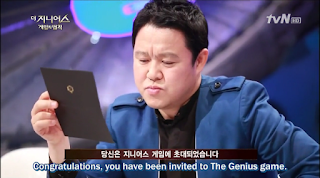 Despite the lack of surface-level diversity the cast features an interesting mix of personalities, jazzed up by familiar faces from the music, TV, and film industries. The reliance on celebrities may raise eyebrows for Western reality fans, but it works well here. None of them are so closely tied that the game could damage professional or personal bonds, but there's enough familiarity to create a jovial atmosphere and their castmates don't place them on a pedestal. With experience on similar shows, the celebrities are in their element and can play and perform to a higher standard while retaining a sense of perspective about the game. They are also successful enough that the show's relatively small prize pot - winner takes all, usually $60-80,000 - doesn't make them risk-averse during the games. 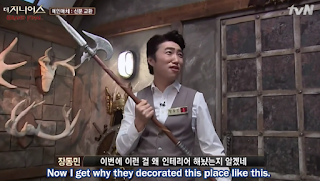 The regular contestants also conduct themselves well. Even those who are clearly heavily invested in winning don't unload their frustrations onto others. You never see the post-game recriminations we all recognize from exit interviews, or the personal attacks that are all too common in reality competition shows; it often feels like they are there to make friends. Despite this, there's no shortage of drama or suspense; and because of this, it's easier to fully enjoy it without feeling uncomfortable. The Genius demands very little from its players: you don't need to leave your job, family, and friends for months to live with strangers in unusual conditions, you just have to show up for filming once a week. Other shows create drama by depriving people of everyday comforts and throwing them in high-pressure situations; The Genius has faith that good casting and game selection in a welcoming environment is a recipe for great TV. Where other shows bring out the worst in people, The Genius brings out the best. 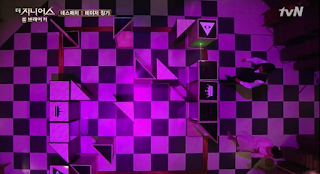 The games test a wide range of skills, from the political - an early episode hosts an election, with all the trickery you would expect - to the practical - a seemingly straightforward game might have a secret 'hack' that forces players to channel their inner magician. Most games hit the sweet spot of being conceptually simple but complex enough to merit detailed analysis. The show breaks down the rules and the players' strategies while giving you credit to figure things out yourself and omitting enough to keep you guessing. A large part of the fun is playing along at home, working through all the angles and predicting what twist might come next. Many matches are adaptations of common board games or party games, and others would be easy to recreate with friends (or more formally, as fellow Genius podcaster Scott Green proved with his successful Kickstarter campaign). 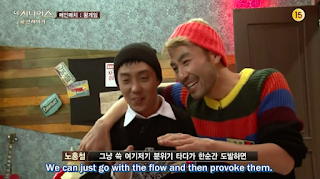 There are no permanent friends or enemies in The Genius, as today's game might have you working with the people you tried to take down a week ago. Alliances are amazingly fluid, and anyone who doesn't force themselves into the action gets lost in the shuffle; by the endgame, even the 'floaters' have made tough choices and fought for survival. There's less room for a player to dominate: you can lead your group to a win and still be dragged into a deathmatch, and you know your competition will be taking shots at you every week. When a player goes on a run or keeps their alliance intact over multiple rounds, it's a legitimate achievement. Even a player who isn't popular with the group can find themselves thrust into a key role or have a chance to prove themselves in deathmatches. 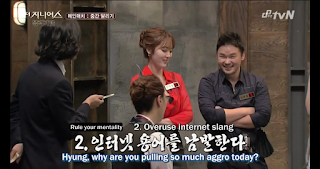 The show has a refreshing sense of whimsy, constantly poking fun at itself and its contestants. The music choices are occasionally bizarre but always funny, and the captions and images add a nice touch. A highlight of every episode is the banter between the players before the game starts, in contrast with some Western shows where only the host has a voice 'outside' the game. The action takes place on a self-contained set, complete with hilarious supposed-to-be-American decor choices; and the master of ceremonies is no Jeff Probst or Phil Keoghan but rather a scary computer avatar who sounds like he's delivering a ransom note through a voice scrambler. Especially for Western fans who are new to variety shows, the quirks of Korean culture make it that much more enchanting.