BB14: The Inside Scoop with Ian Terry 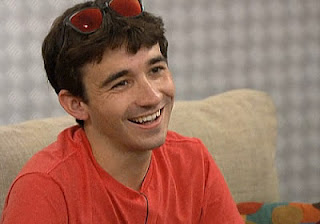 Last July, Ian Terry entered the Big Brother house a reality superfan with fake glasses and non-negligible OCD.  Three months later, he left as a champion with very real bragging rights and a non-negligible bank account.  Today he joins us to explain how it all happened.

Beginning with the casting process and working round by round through Big Brother 14, Ian sheds light on previously unanswered questions and offers his own real-time thought process from within the house. Additionally, having listened to our Big Brother Winners/Notables megacast, Ian responds to the criticisms we made of his game and sets the record straight on several of the more mist-ifying events of the summer.

Plus, what has he done so far with the half million? What kinds of terms is he on with the rest of the cast?   Where does he rank himself compared to previous Big Brother winners?  And why so much enthusiasm for ducks?

Find out when you stream this episode below, find the direct link HERE, or find us on iTunes HERE.